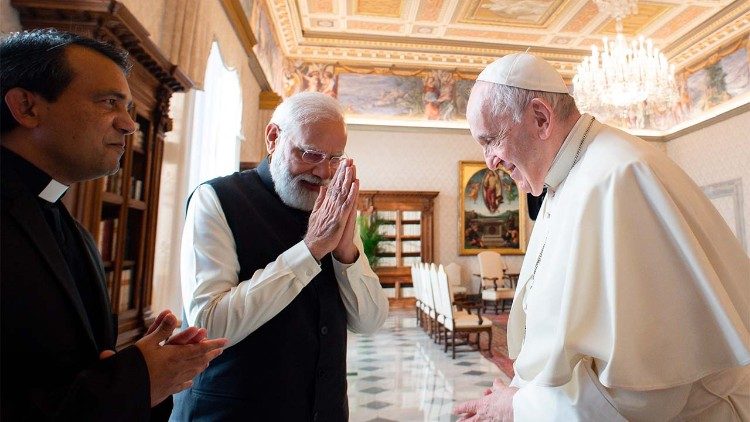 Two decades back when Pope John Paul II visited under when Rajiv Gandhi was the PM, he asked for crusade against India, https://www.chicagotribune.com/news/ct-xpm-1999-11-08-9911080178-story.html He has called for destruction and annihilation of Hinduism from the face of earth. since that call, Evangelical activity has increased multi fold. Your intelligence is perhaps aware of that, and you do not need us to go over the details.

We supported you all along in the hope that Hindu interests are safe in your hands. Wish to present our apprehensions to you sir,
a) What is the like impact of your invite to Pope Francis on Hindu Christian relations in India?
b) Are Indian Christian missions going to respect Hindus or escalate their current bullying status after visit by Pope Francis?
c) Will Christians stop plagiarizing Hindu symbols and references in their evangelical mission work?
d) What is the impact of your invite on the government, officials and Hindu activists in India and abroad?
e) Would it put Indian govt staff at the disposal of missionaries to pursue their evangelical work?
f) Did you talk to the Pope on the un-ethical evangelical practices happening in India?
g) Has the pope being told that only India and Nepal are Hindu countries, while close to 90 nations are christian?
h) Are you playing to the gallery of western leaders by Invites and defence deals? Every non western leader who played to that gallery failed.
i) Nelson Mandela was a true leader who did not and thus succeeded in communicating serious issues with western leaders.
j) Are you a leader the calibre of Nelson Mandela or Mahatma Gandhi?
k) You are aware that the Pope has apologized to Native Indians for residential school abuses

Question sir, is what is the purpose of Pope Francis apology to native Indians while Vatican not reversing the call for annihilation of Hindu culture? We wish you to be a world leader of true stature. Strong and powerful representation of India. The west by its inherent nature respects strength. If you play to their gallery, you will trigger their colonial bug and sense of superiority. That side of the west has always caused destruction around the world. We trust history is in clear sight of your rear view mirror!